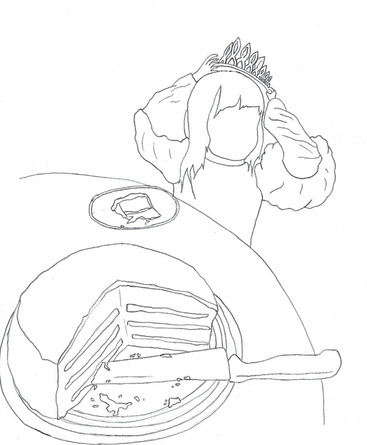 The Birthday Album explores themes of nostalgia, ritual, memory, and the passage of time within the framework of the Internet. The project involves the creation and posting of illustrations based on actual childhood birthday party photographs. By allowing users to contribute their own childhood photographs for me to illustrate, the site serves as a manifestation of the communal and collaborative nature of the Internet. When illustrated, each photograph is slightly altered. Figures become faceless, objects are altered, people are removed. This act of altering and illustrating the photographs symbolizes the inevitable loss and alteration of memories with the passage of time. It also engages the idea of truth and validity within the context of the Internet. Does the act of publishing something to the web give it more truth? In an age where Photoshop is the norm, how can we distinguish an original image from an altered one? The faceless figures of the illustrations—much like anonymous Internet avatars—allow users to project themselves upon all of the birthday scenes, regardless of whether or not it is their submitted photograph. Each individual scene loses its original color and authorship. Instead, they are combined into one large, online photo album that can be viewed by all. This is our birthday album. Happy birthday. 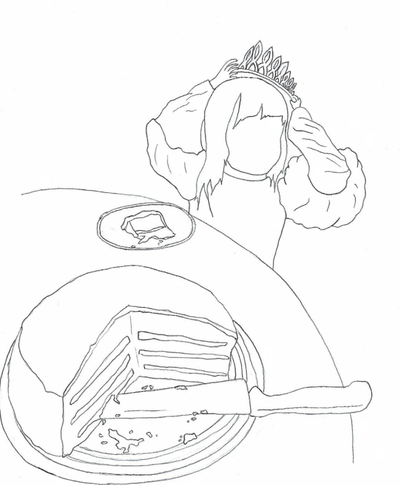 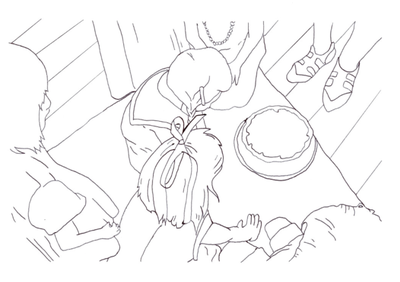 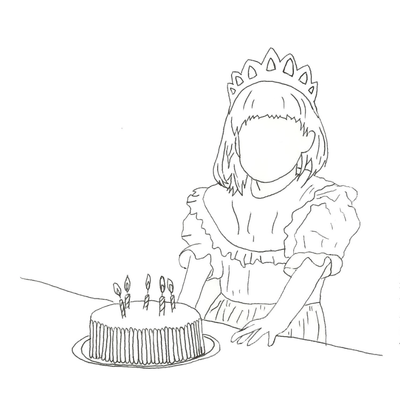 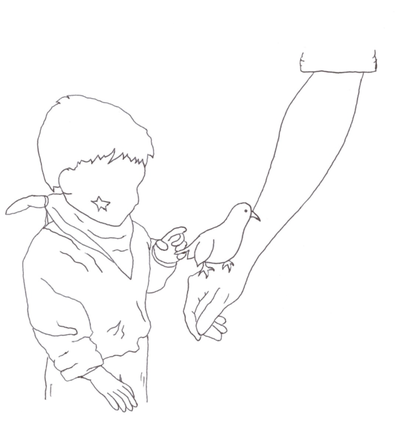 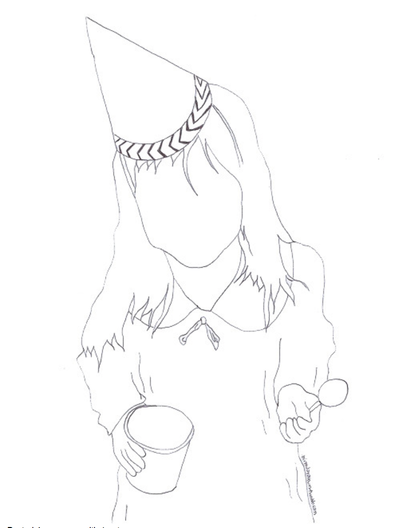 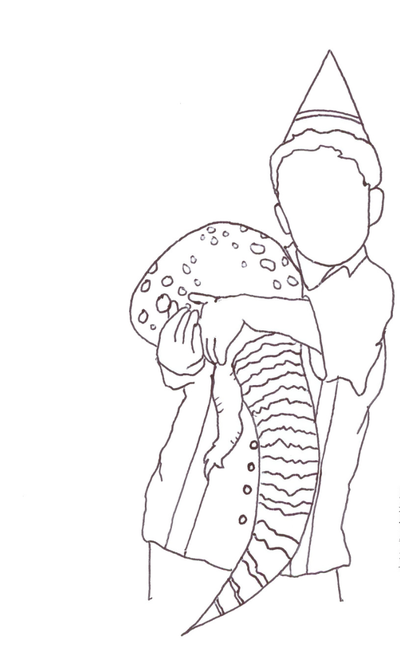 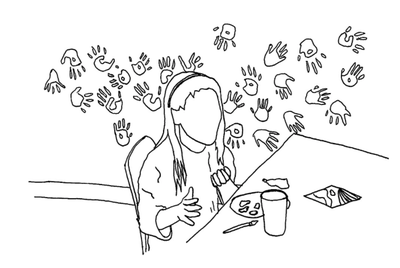 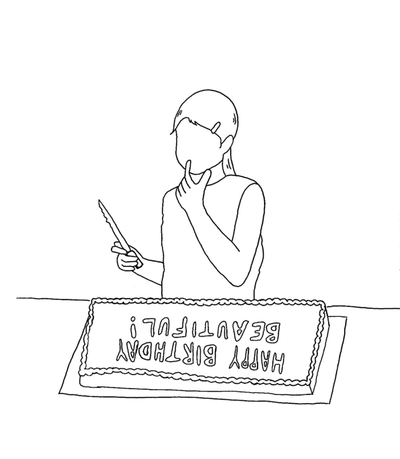 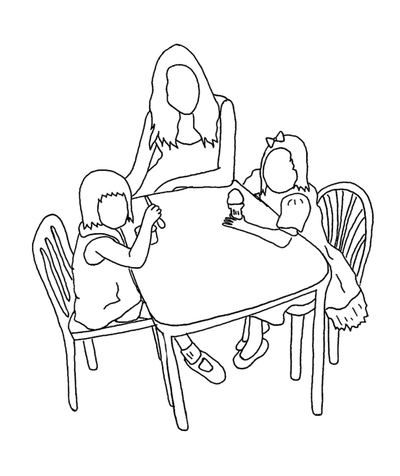 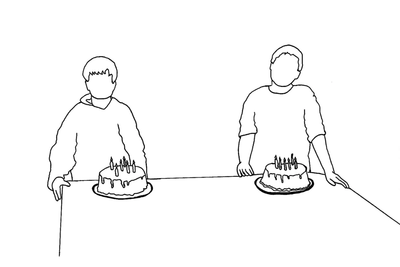 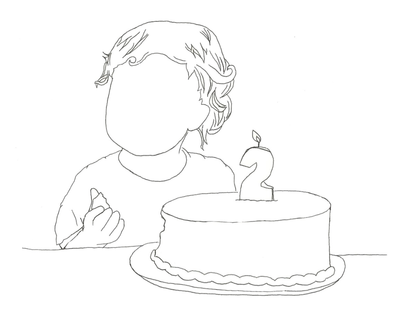 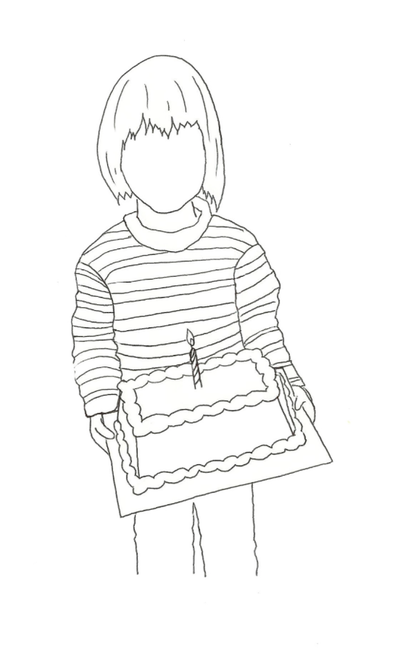 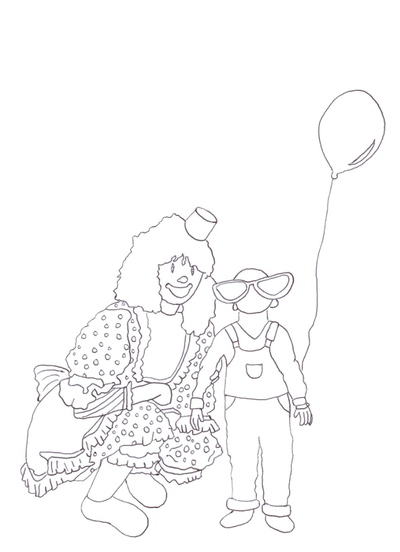 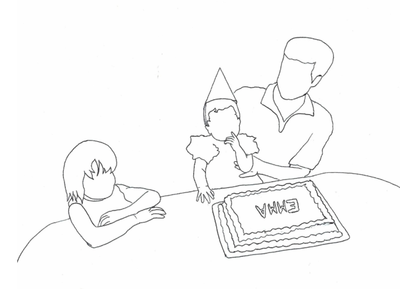 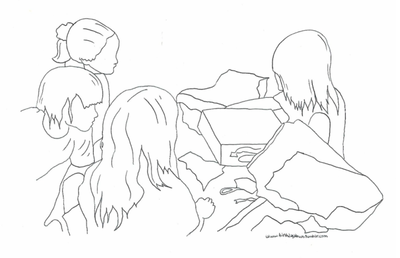 The childhood celebration of birthdays has always fascinated me. Birthdays mark the passage of time, the transition from one age to another. With a single year constituting such a large portion of a child’s life, birthdays often take on an unprecedented importance during childhood. Birthday parties become a ritual, something that contains unspoken traditions and guidelines. There are the invitations, the singing of “Happy Birthday,” the party hats, the gifts, the blowing out of the candle, and the ceremonious cutting of the cake. Each piece becomes a part of the orchestrated yearly ritual. It’s no wonder why the majority of my family photo albums contain photographs of birthdays–those of my own, family members, friends, and people I no longer recognize.

Looking back at these photographs brings an odd sensation of displacement. Photo albums serve the purpose of documenting and preserving the past–a hope that these books of fading images will hold on to the moments we will soon forget. Looking at a photograph can bring back a flood of memories and sensory details, but will never completely recreate the event. With the passage of time, such details begin to fade until, sometimes, the handwritten date and cryptic description (“3rd Birthday Party”) is all the information that remains.

Now, within an age of camera phones and instantaneous photo-sharing websites, the family photo album has lost its prominence. Social-networking sites such as Facebook allow users to create and share “albums” in a matter of seconds. We increasingly rely on the Internet to preserve information, photographs, and memories for us. The Internet has become our communal photo album. This is a piece of the past, of me, of you, of us. This is our birthday album.
​Happy Birthday.